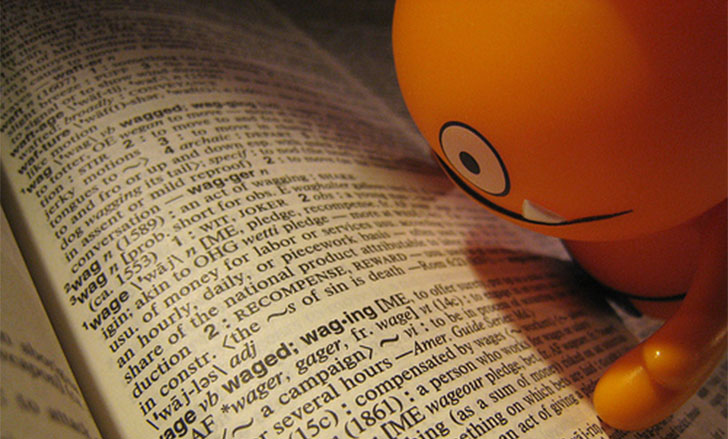 Oxford English Dictionary (OED) : the universally accepted authority of the English language. Called so because it is published by the Oxford University Press.

The first issue was unveiled on 1st February 1884. Over the last 134 years the OED has undergone a multitude of changes to exclude words which seem redundant in today’s world and include those which are gaining popularity and increased usage in our daily lives. As the society progresses there is also a change in the manner in which we communicate, new words evolve and get accepted in our language and it's a must to make a formal record of it. The best way to do so is to attach a suitable definition to it and include it in our reference books.

But how does a word gain entry into the hall of fame? It's no small task for a word to find a place in the OED. A board of editorial experts use technological expertise and computer programmes to monitor changing patterns in the English language. A group of people identify words that are trending in the field of publications and social media and the general public is  encouraged to submit their choice of words for inclusion in the OED. After this rigorous procedure, checks are made to ensure that the word under consideration is widely used in print as well as online content. Only then does the word make the cut.

Want to know some of the lucky winners ?

A person who lacks certain skills or the ability to carry out some activities.

Means a short person, usually used to make fun of someone.

(Taken from  the famed Charlie and the Chocolate Factory)

Means base or foundation.

(Got a place after the new identification system introduced in India)

A photo taken of oneself especially through a smartphone or gadget.

(Was made a part of the OED following the trend of taking self,  solo or group picture on the phone)

To delete a person from your list of ‘friends’ on a social networking site.

(With the increased popularity of Facebook, this word has become a part of everyone's vocabulary)

Next in line or next.

Digital money generated through use of  encryption technique, working independent of any common bank.

An innovative approach to solve problems with limited use of resources.

Cultural, political, or social change arising because of the actions and influence of young people.

(Taken because of its popularity during UK's general election)

Small digital icon to express an idea or emotion.

(With increased digital communication, it was only natural to make this word a part of the OED)

A circumstance in which objective facts are less influential in shaping opinion than emotion and personal belief.

(Taken after its increased usage during the US presidential election)

A word which is a blend of a Hindi and English word.

The Oxford English Dictionary makes an annual selection of a word, expression or phrase which made an impact on people and showed a marked  increase in usage in that particular year. The chosen word or words is termed as The Word of The Year. Any guess which word will be crowned word of the year 2018?

Aloha English Smart helps kids stay updated with these latest trends in the world of English language. Through various real and practical experiences we guide our kids to be vocabulary smart and learn more each day.