This was an offer which was gladly accepted by Mr. Tushar Kansagara.

We have practised the principle that “What you see is what you believe” and hence live demonstrations were held to promote this new concept of Mental Arithmetic which we practise to this very day.

The first live demonstration with the Chinese students was held in Gandhinagar on 14th August 2004, the heavens let forth their fury and It was raining very heavily that day and it looked like the gods were out to stop the demonstration but as they say the brave shall prevail, and how 250 people braved the rains and the fury to attend the seminar, and they were treated to a sublime display of Mental Arithmetic by the students from China. A performance that we are sure would have lasted them for years to come.

Recounting the events our MD – Mr. Tushar Kansagara recalled an Interesting incident which occurred during their journey back from Gandhinagar to Ahmadabad. He recounted that after the live demonstration when the whole team comprising of Mr. Loh, Mr. Kumaran, Mr. Tushar along with their Chinese teacher Shally and Chinese students Xu Jin Long and Zhou Chen Chuan were travelling to Ahmadabad from Gandhinagar when our Chinese guest suddenly got excited and started discussing in an animated and loud manner, they were joined in these discussions by Mr. Loh also. Mr. Tushar who was also in the same Car was clueless on the reason for this excitement. Concerned and wanting to know more Mr. Tushar asked them the reason for their suddenly excitement and animated discussions in Chinese language. Mr. Loh then calmly pointed out towards a camel walking on the road, and he said that the Chinese team had never seen a camel in their life, and they were more surprised to see it walking on the roads.

This was a very amusing sight for them and hence their Excitement. As they travelled further the Chinese team also saw dogs, cows and buffalos on the roads and every time the saw an Animal on the road they would start shouting and speaking in an Animated Manner with a lot of excitement and surprise. Our MD Mr. Tushar was amused and with a bit of humour explained to them that “India is a truly independent and democratic country unlike China, and here even the animals have freedom to move around, where ever they want” all of them smiled and acknowledged the explanation.

While we all celebrated the Independence Day on 15th of August Aloha Gujarat decided to chart their path forward and held a total of 3 Live Demonstrations and Knowledge Seminars in 3 Different locations of the same city of Surat viz. Adajan, Nanpura near Athva lanes and Katargam area.

The Aloha student’s years of practice and dedication allowed them to perform at three times the speed of the calculator.

The sent a clear message across that our brain has amazing capacity and it can do wonders. During the Knowledge Session Mr. Tushar explained “How Mental Arithmetic using abacus helps in Brain Development” the link to the shortened video is https://youtu.be/xsGnewBOIBk we would recommend that you watch it.

Mr. Tushar believes that he should be aware and literate about any field that he ventures into and hence he had done extensive research into the use of the Abacus and its benefits way before he came up with Aloha in Gujarat. He had travelled extensively and met many scholars to understand the concept of using an Abacus as a tool for Mental Arithmetic and its uses. He had started his research in 2002 itself and by 2004 he had become a treasure trove of information on this subject.

His discourse was a landmark in the Field of Abacus Education and hugely impacted the Mental Arithmetic with the help of an Abacus – Education Centres which became a rage later on. The reason for this was that he was able to explain in a very lucid and layman’s language the use and benefits of Mental Arithmetic using an Abacus and how it aids Brain Development.

Many People across the globe used the same explanation with subtle changes in words and style. The same was also used by Aloha International, and by over 200 other abacus Companies worldwide. Mr. Tushar’s way of presenting the abacus concept was a game changer in the Abacus Education Industry and it has helped in millions of students’ admission worldwide.

Note: The video contains only a part of the full research on the concept

Challenge Your Self,
Would you be able to complete a 35-digit sums in 4 seconds by just glancing at it and 5 digit number calculation of 10 rows in a few Seconds? I guess not but we have seen our students do it live and you too can see the video of their performance right here https://youtu.be/6qxFStrsZrY
The children are an Inspiration and they have proven that the more they practise the sharper our brain skills become. It is really unfortunate that many of the parents and students consider abacus and mental arithmetic as just another hobby class or maths class.
Want to know where our Chinese demo student is?
One of the Chinese students who visited India Mr. Xu Zhin long is now over 30 years old and he looks after the operations in Aloha China. The child who was once a demonstration kid is holding a Management position in Aloha - China Trivia
The Day of the Event the team was supposed to travel from Ahmedabad to Surat and had booked their tickets by Train to ensure that they reach well in time. Since 15th August was Independence Day the team decided to reach the station early to avoid any untoward situation and hence reached 30 to 40 minutes before departure of the train. Unfortunately, that day the AC waiting lounge was closed, so we decided to wait for the train on the platform. As the Chinese team was jet legged, they felt very sleepy and tired waiting on the platform, so they decided to sit on the dirty platform floor and Mr. Loh also joined them.
That incident has a very big impact on our minds. We just could not believe it that the President of an international company who was enjoying all the Luxuries of life in Malaysia did not think twice before sitting on the floor at Ahmedabad Railway platform, this kind of simplicity and humbleness is rare to find in a leader. Mr. Loh and Mr. Kumaran are both truly inspiring personalities.
Look at the photographs and the videos here with and tell us how many of you have been fortunate enough to see Mr. Loh doing a public seminar live and where? We guess not many. 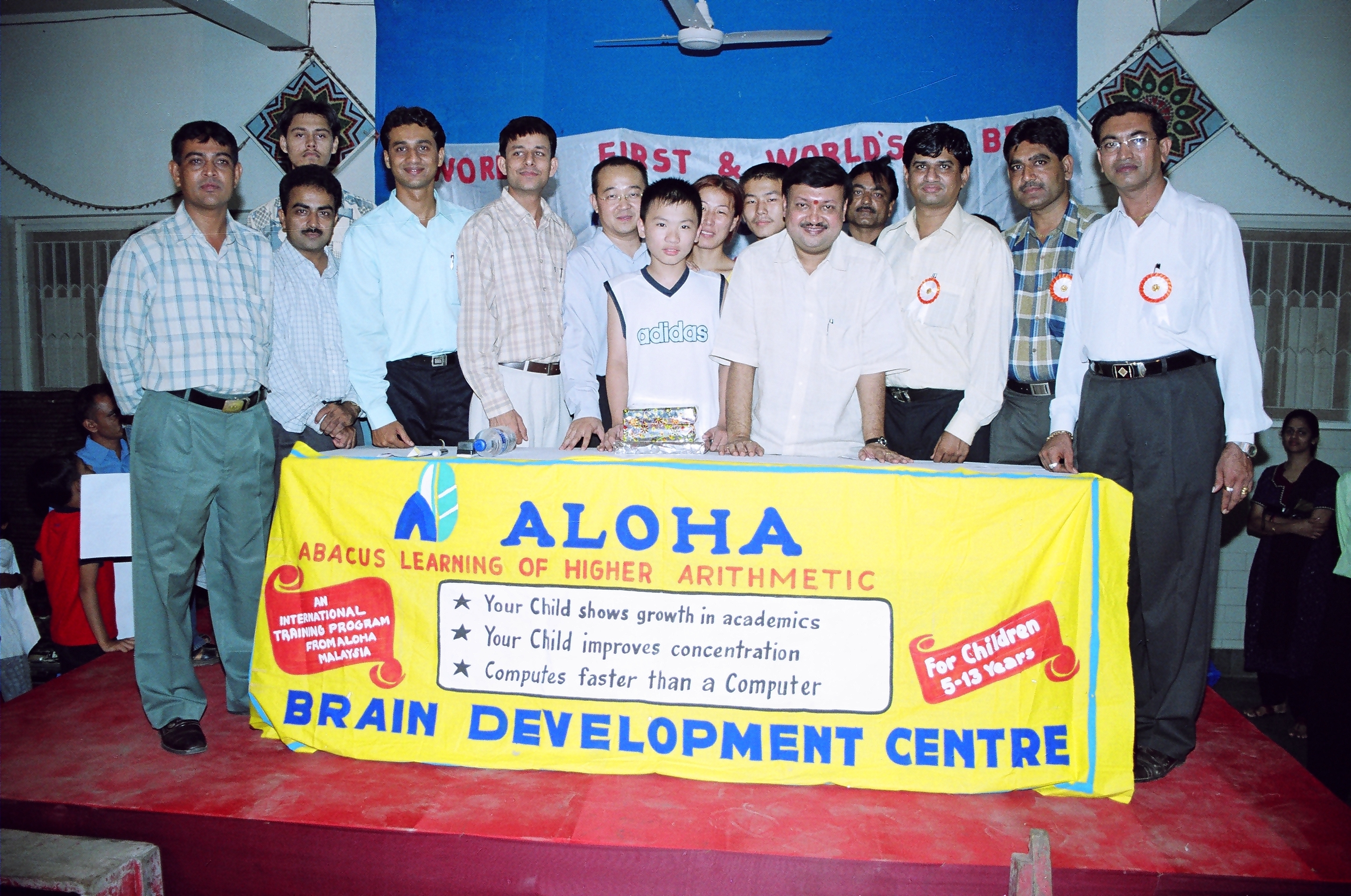 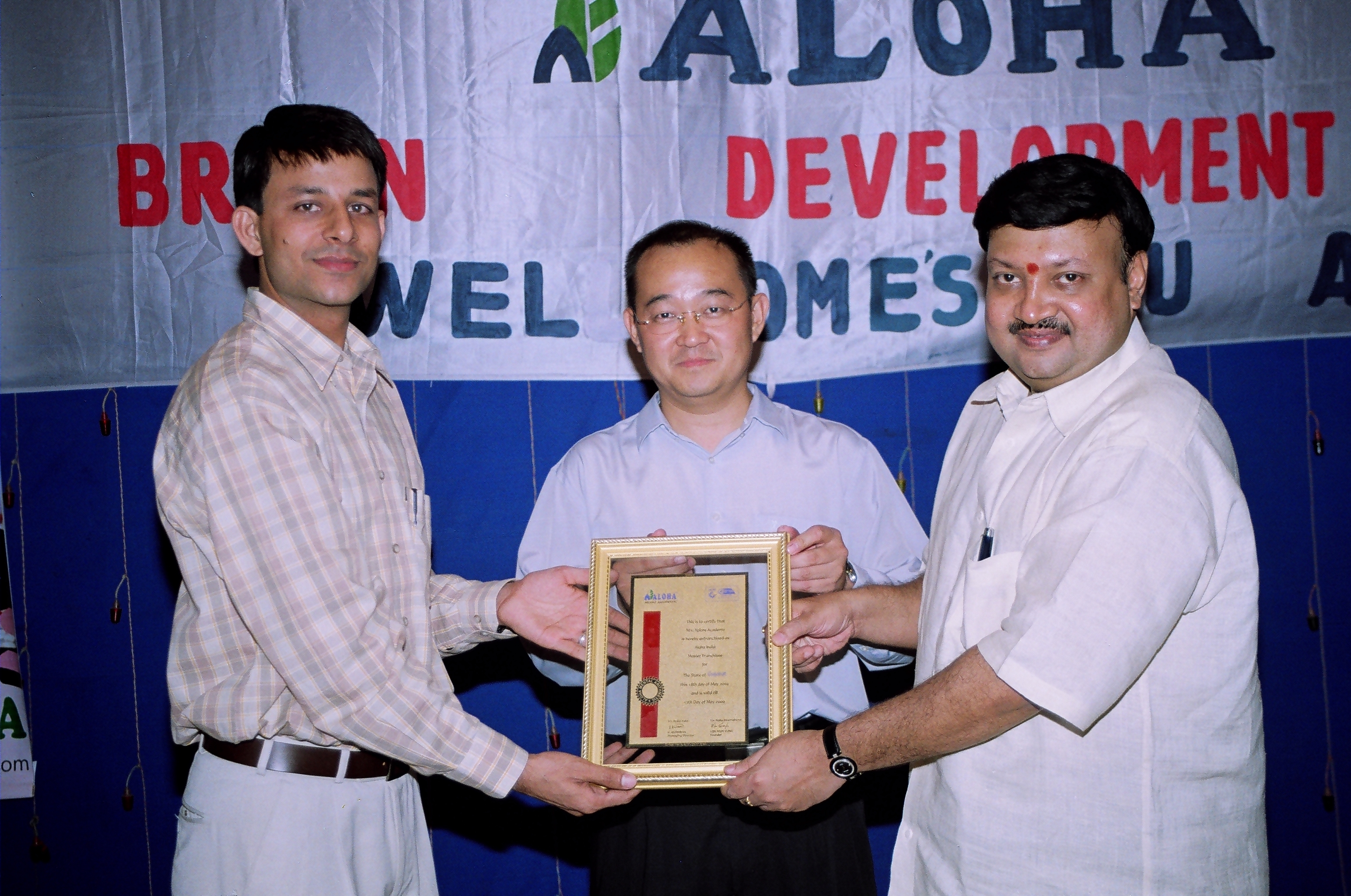 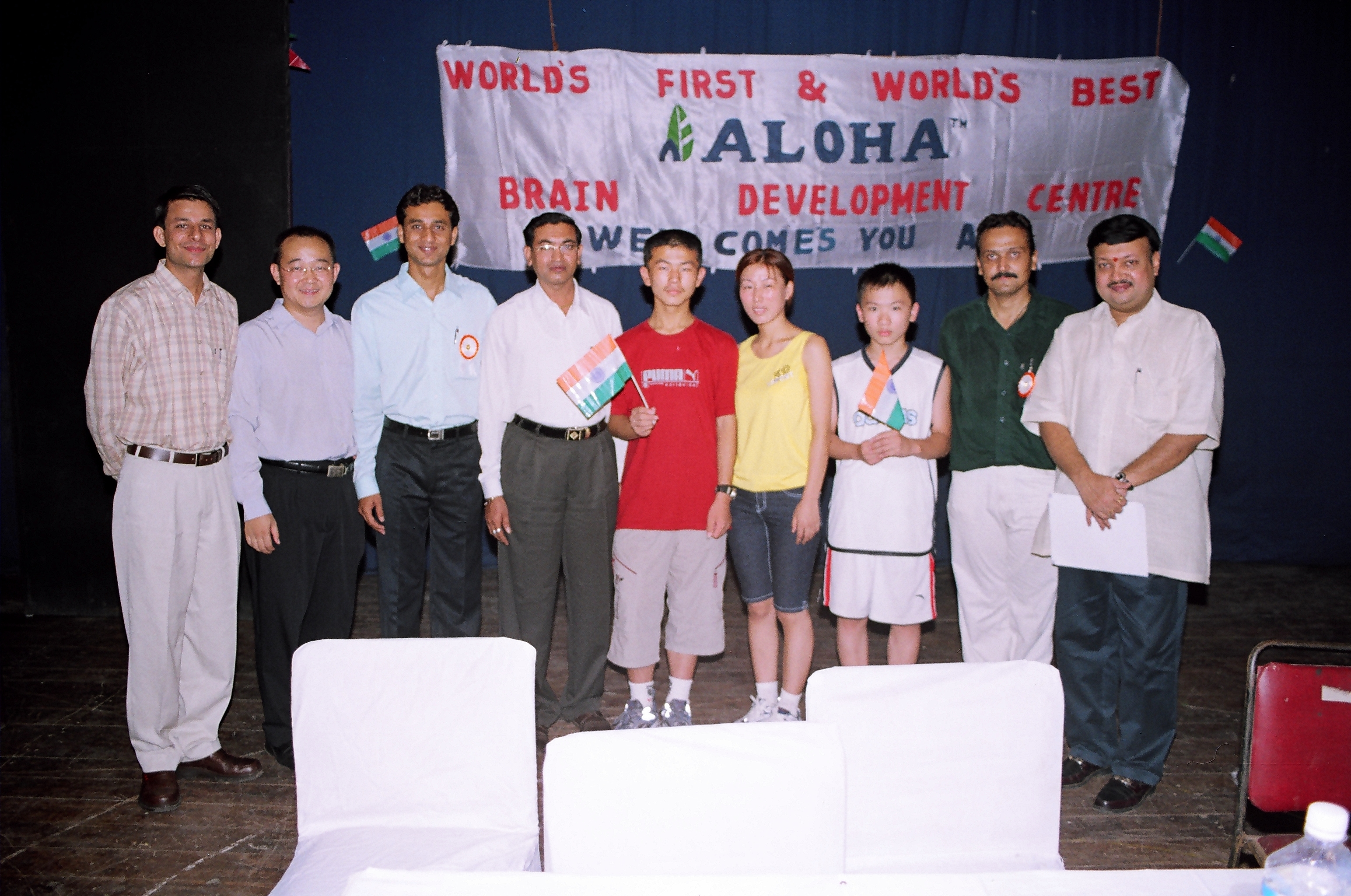 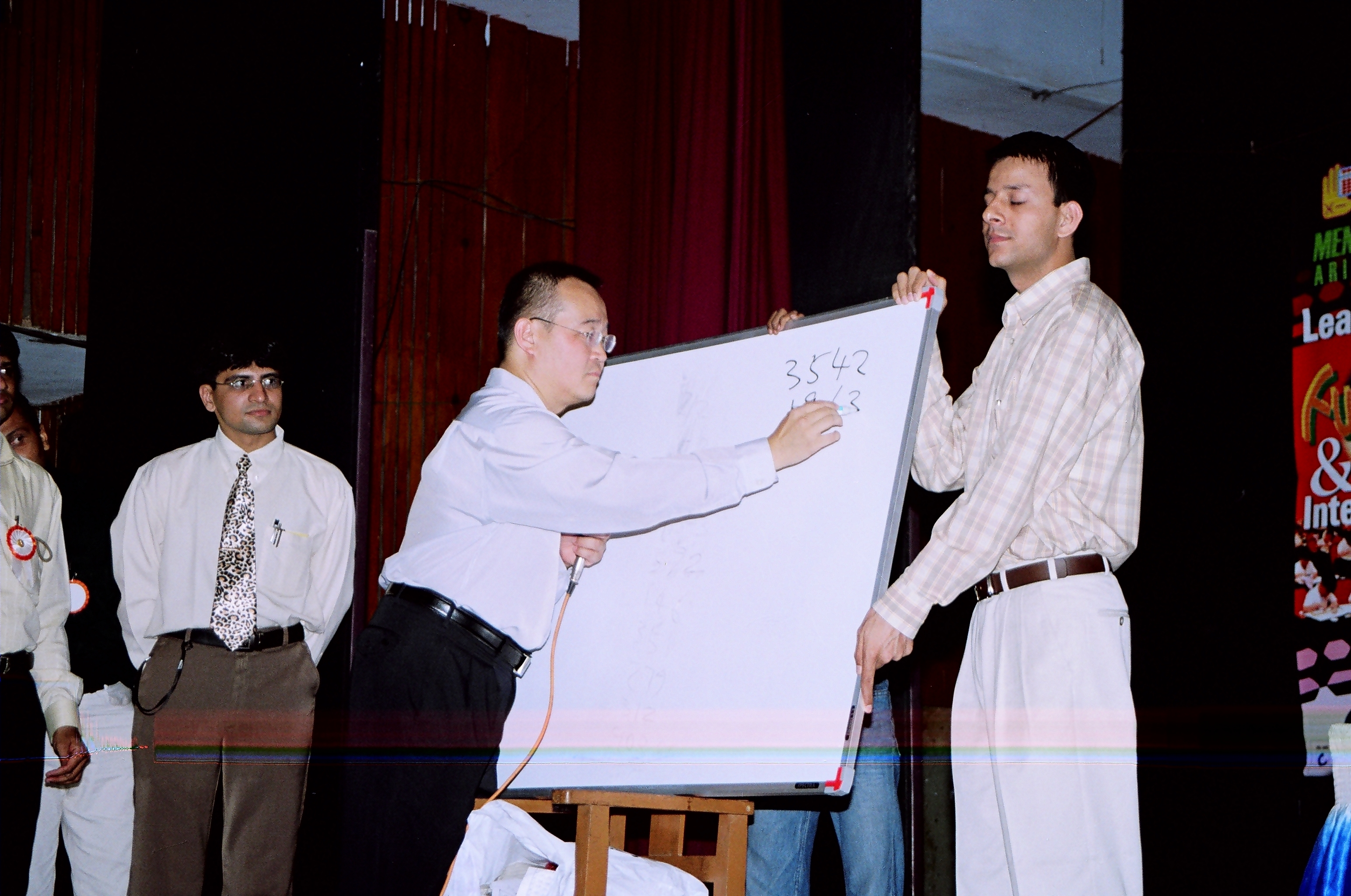 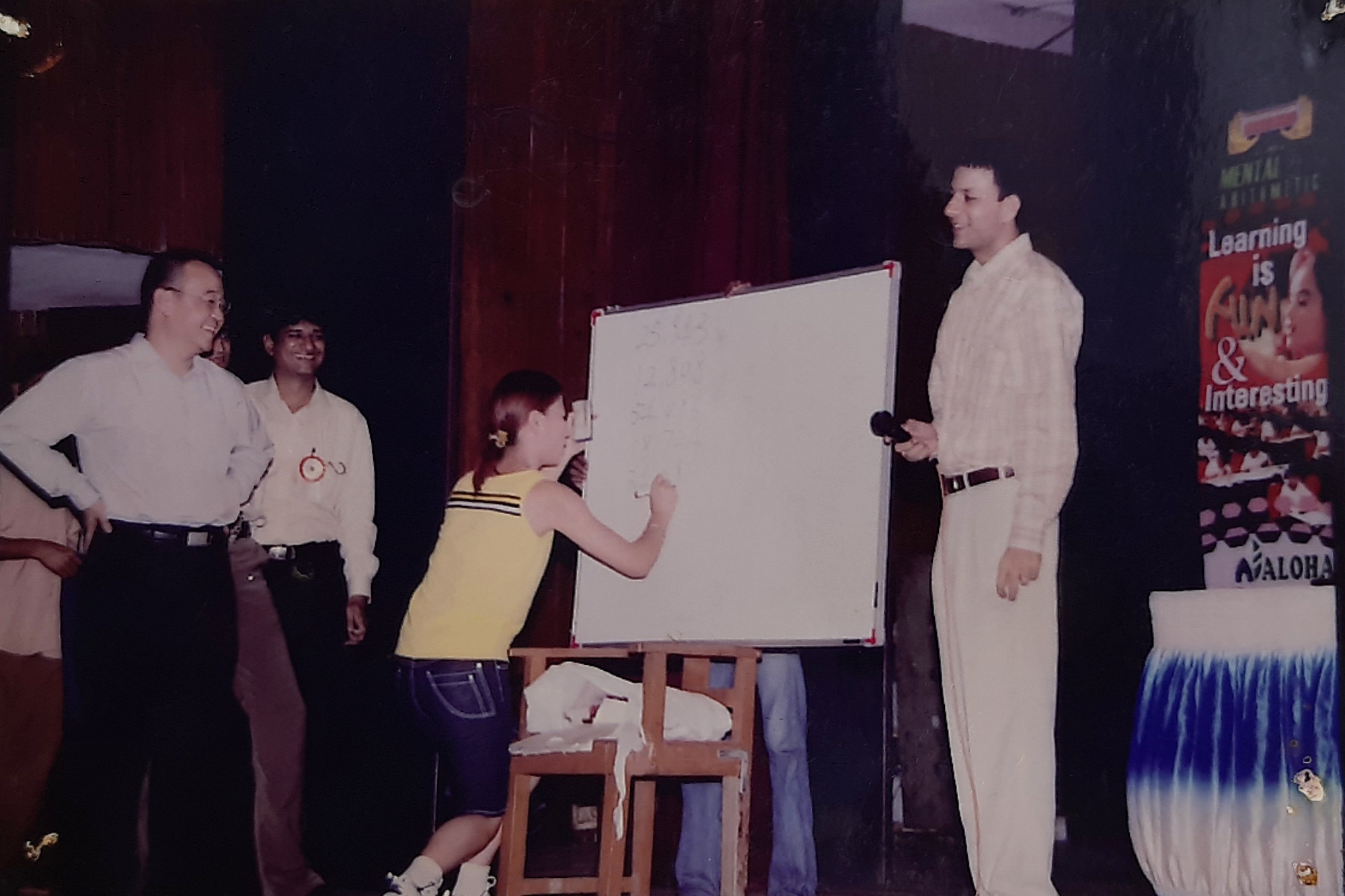 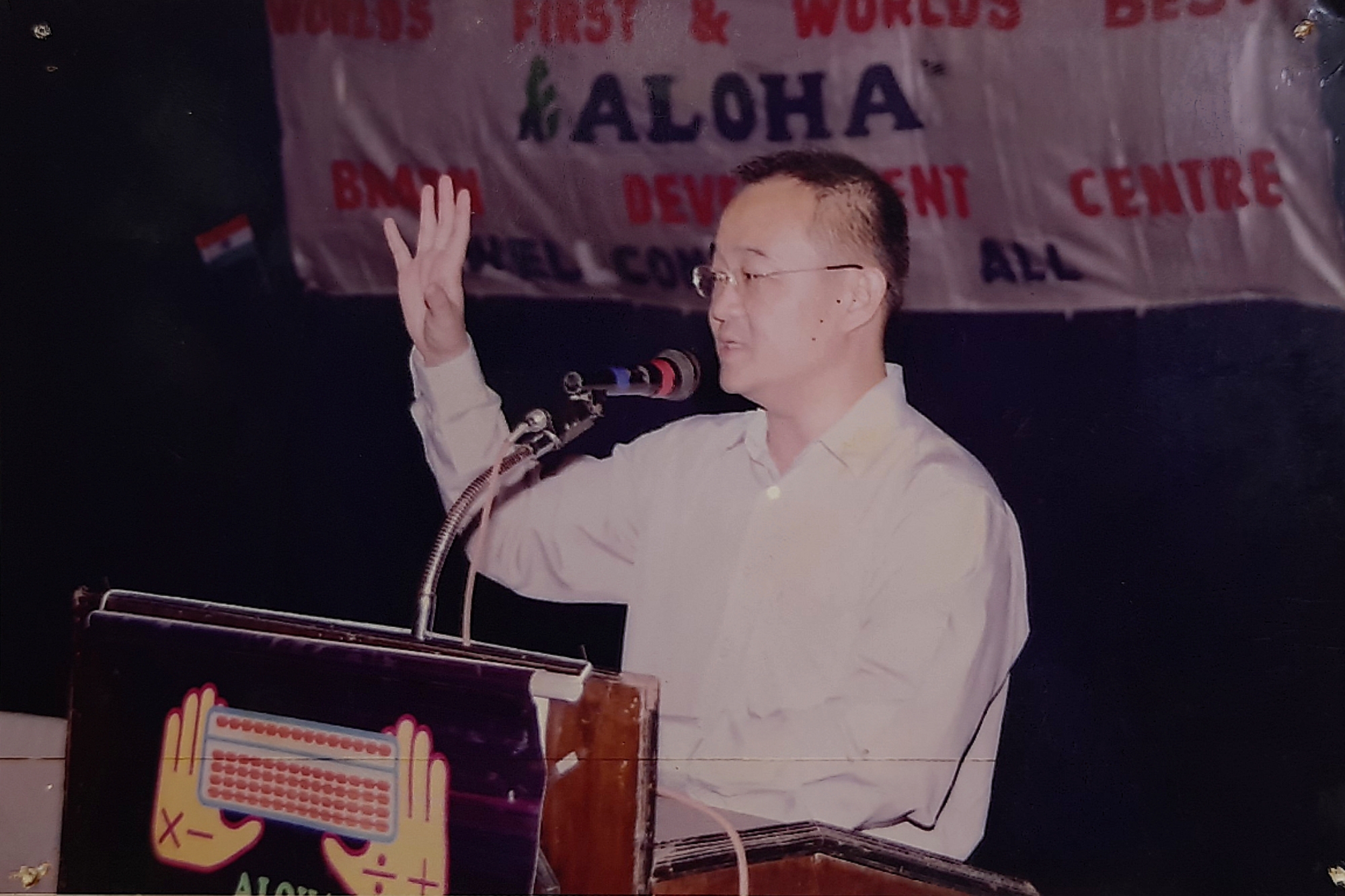