Trip back in time – Rise of the Phoenix

As the sun rose in the east on the 1st of June 2004, Aloha Gujarat came into existence to rewrite the way Abacus Education would be perceived in Gujarat and also show a beacon of light to the rest of Abacus players internationally. What happened in the remaining part of 2004 is a part of folklore written down in record books and carved its niche in the history of Abacus Education in Gujarat. The Year ahead was an exciting and eventful year which saw multiple seminars and live demonstrations being carried out across the length and breadth of the state.

On June 1st Mr. K Kumaran (MD, Aloha India) visited Gujarat to help kick start Aloha in Gujarat. Along with Mr. Kumaran came the little wonder girl Shreesuha who at the tender age of 8 travelled from Chennai to perform live demonstrations of her exceptional mental arithmetic skills. She had completed only 3 Levels of our course but her confidence was high and so was her accuracy. She mesmerised the crowds where ever she performed and people found it very hard to believe what they saw.

We have practised the principle that “What you see is what you believe” and hence live demonstrations were held to promote this new concept of Mental Arithmetic which we practise to this very day.

Three Demonstrations in Three Different Cities was conducted on the 1st, 2nd and 3rd of June 2004, without a break in three different cities. The first one was held in Morbi followed by one in Rajkot and the last one in Junagadh. These Live Demonstrations spanning across three days and three Cities was witnessed and experienced by over 1000 people and were mesmerised by the skills of Mental Arithmetic using Mind Abacus.

As word spread and people experienced the concept -Aloha soon became the talk of the town. In this journey of Aloha two people the ever effervescent Ms. Neha Shah & the dynamic Mr. Anesh Chandiwala, under the matured and enlightened leadership of Mr. Tushar Kansagara (MD Aloha Gujarat), worked around the clock putting in the hours irrespective of the time be it night or day to spread this wonderful concept in all parts of Gujarat.

The hard work and dedication of the team paid dividends and ALOHA rose like a Phoenix by setting a new record for signing most number of centers in Three Months. What was a dream came true when the team was able to appoint 29 New Aloha franchise centres by 1st September 2004, which was just 3 months of beginning the operations. This performance till today still remains a record.

The wave of change had started with many more people coming forward to start New ALOHA Canters in different cities and towns under the guidance of the expert team of Aloha Gujarat.

The journey was to take a more interesting turn in the days to come. Read our next article to understand how ALOHA transformed itself into the leaders of Abacus Education in Gujarat and set the benchmarks for people across the globe irrespective of brand. 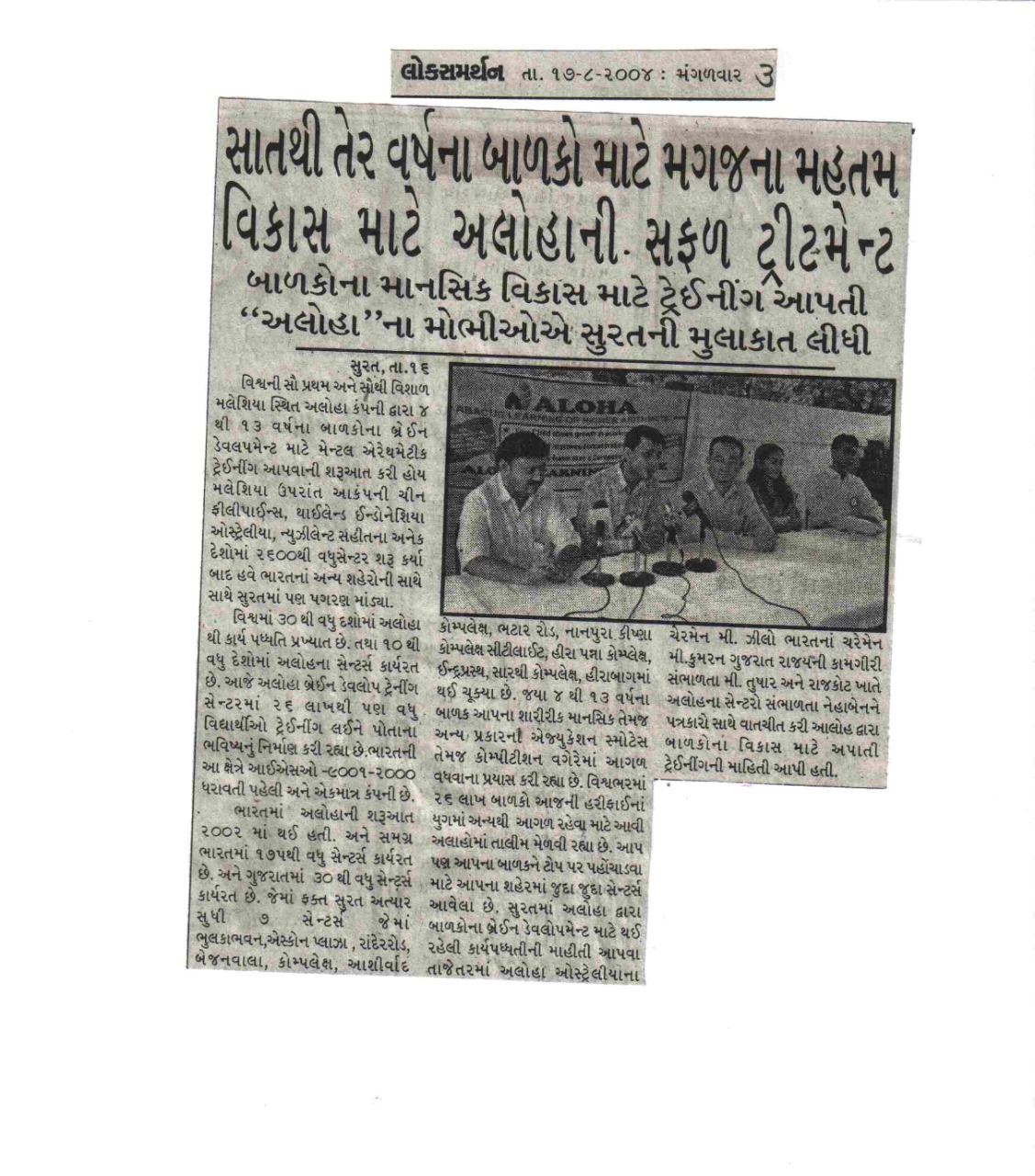 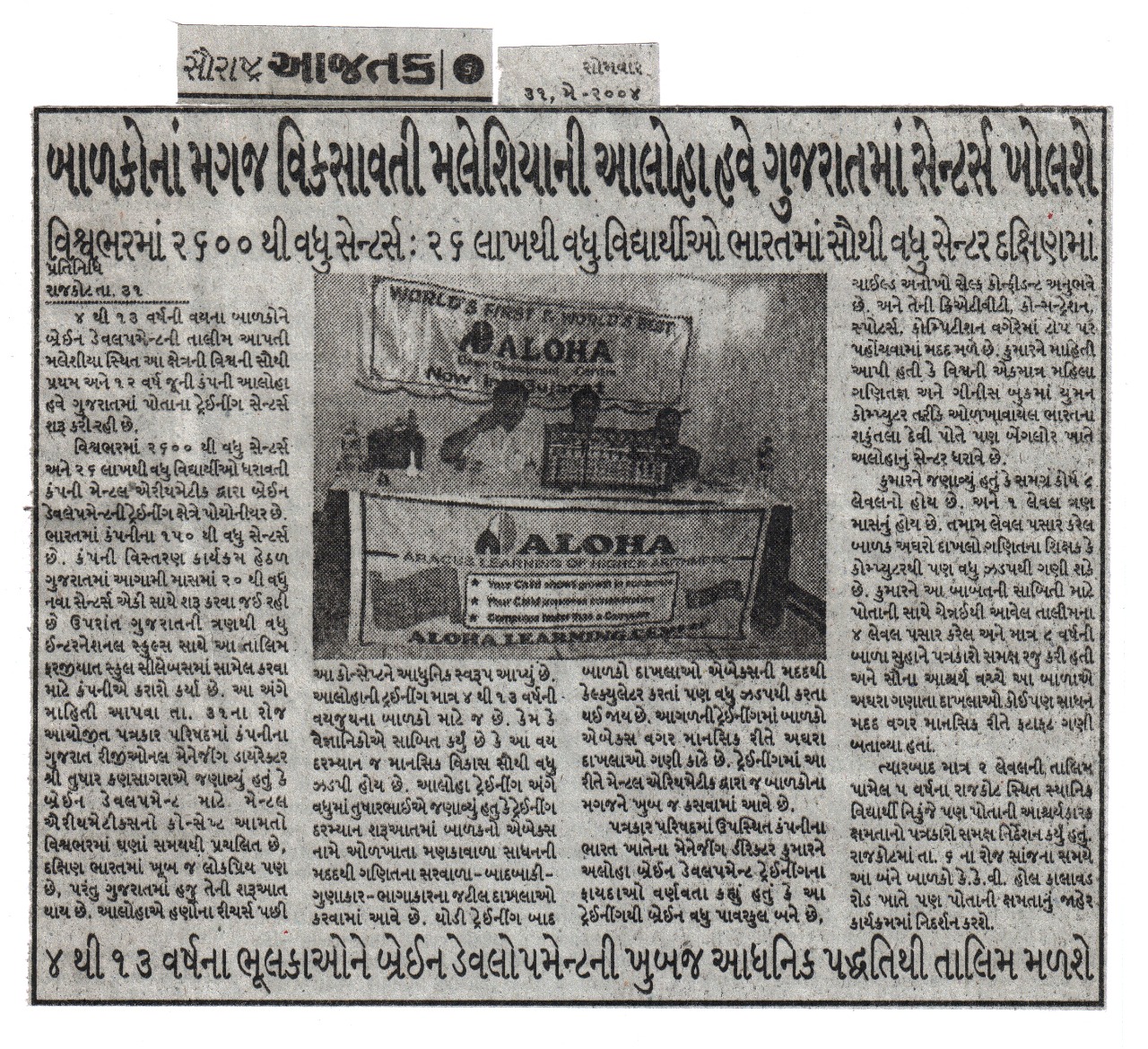 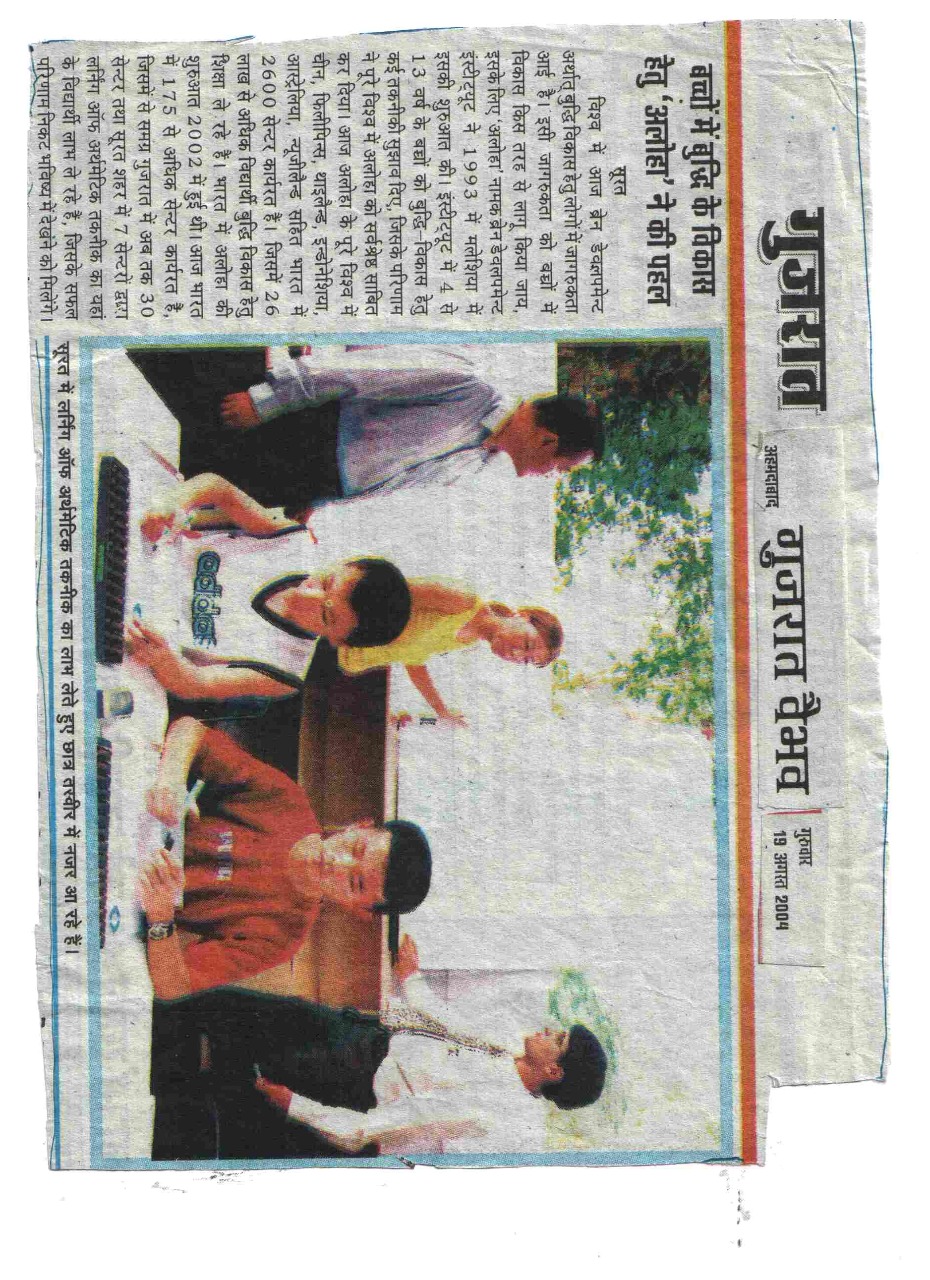 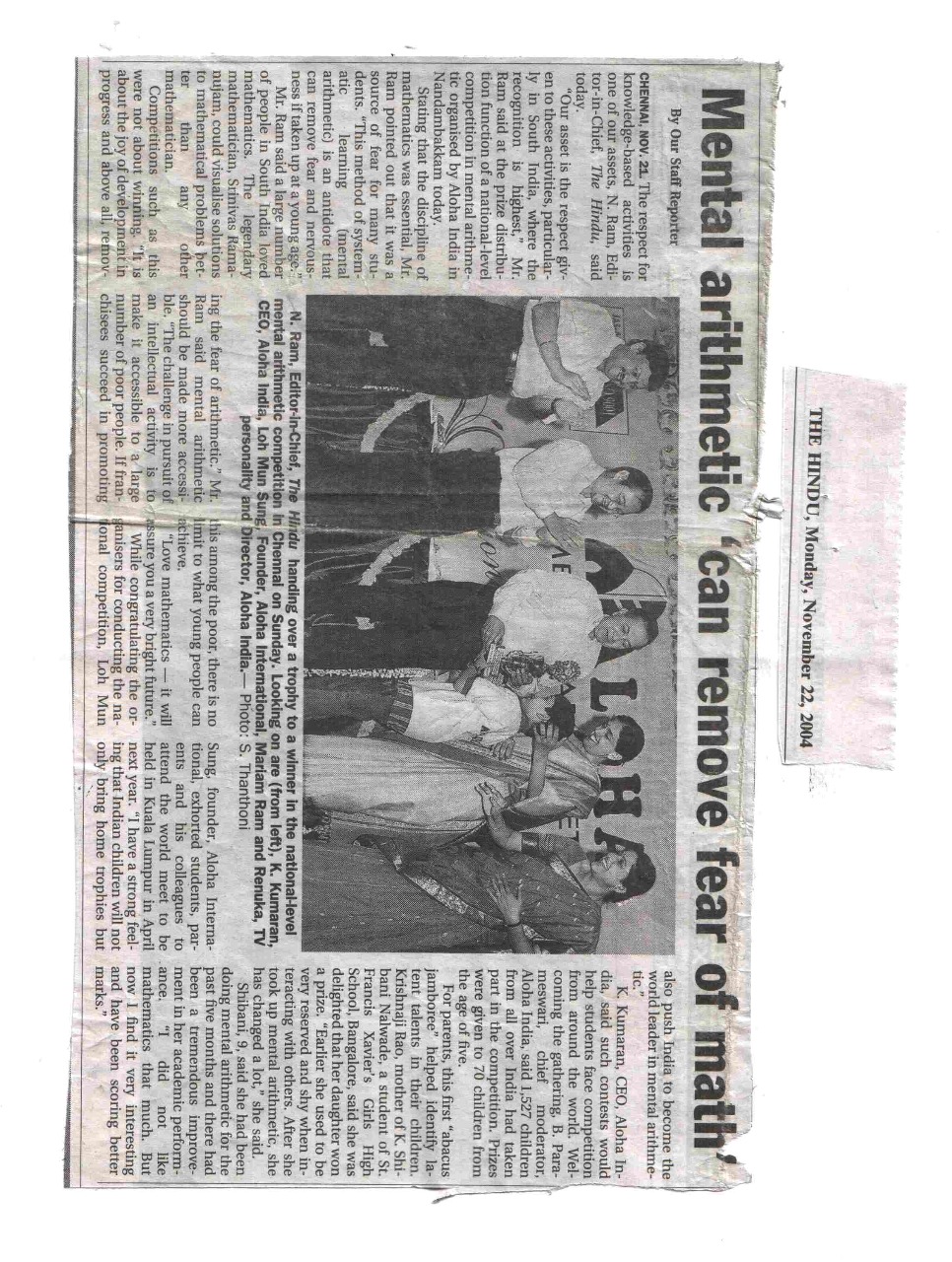 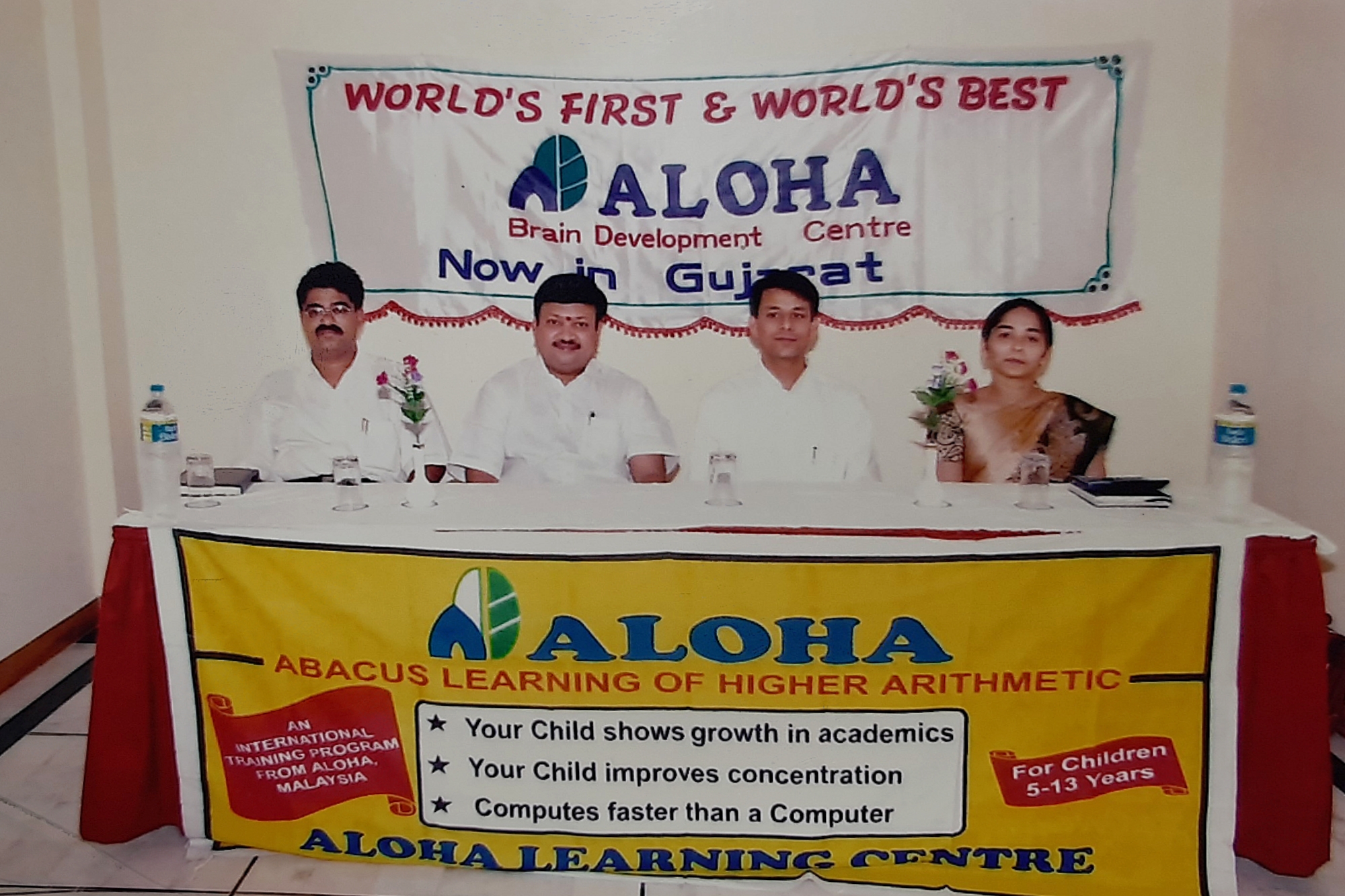